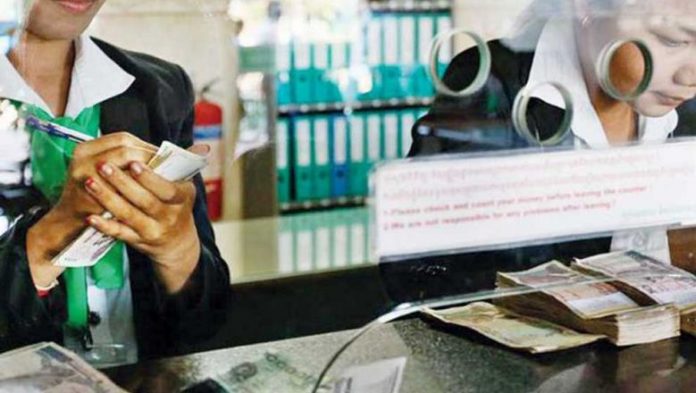 The comments come after the National Bank of Cambodia released a statement effectively banning any new deposit-taking microfinance institution in the Kingdom.

The NBC has stated the move was to strengthen the capacity of banking and financial institutions, as well as to monitor financial stability.

Industry insiders have commented that licenses have been very difficult to get due to assessments and an additional $30 million capital requirement as well as added pressure on the central bank.

In a recent statement, the CMA said the recent central bank announcement may have a positive impact on the microfinance sector because there are already 61 deposit-taking service providers including 55 commercial banks and 6 microfinance deposit-taking.

The CMA added that the priority of the sector should be to focus on improving and expanding the service of the existing players, rather than adding new ones.

“These Financial Institutions will be able to focus on attracting new customers as well as changing the habit of Cambodians to deposit at formal FIs licensed by NBC,” the CMA stated.

“CMA observes that current MDIs and banks can reach almost every part of Cambodia. Thus, we think there is no need to have new MDI licenses yet based on the present context,” it added.

The association has been promoting “Saving Habit” as a key policy initiative as well as the whole sector’s priority.

“We believe saving can reduce a lot of problems as well as create opportunities for our people, some of who still do not have the habit of saving while others are saving at home or in piggy banks,” they said.

In a recent conference, Cambodia’s MFI sector said they were ready to take the next step in digitalization by embracing emerging technology such as blockchain, artificial intelligence, and alternative data over the next two years, according to a recently released survey.

This new tech could enable consumers to apply for loans and open bank accounts securely without leaving their homes. However, while the pandemic spurred many MFIs to start offering digital services like payments and transfers, this next natural step in the digital evolution is moving at a slower rate.

The Cambodia Microfinance Association (CMA) and Credit Bureau Cambodia (CBC) released their survey on the MFI industry Friday during the CMA’s 2021 annual conference, a daylong affair that brought together top financial executives to discuss Covid’s impact on the sector and peer into the future.

Cambodia microfinance debt hits $7.73 billion in the first half of 2021

Microfinance debt hit $7.73 billion as of June this year spread across 2.83 million accounts according to data announced as stakeholders agreed to responsible practice to ensure continued strong investment into the sector and the economy at large.

In addition, there was a total of $3.71 billion held in deposits spread across 2.81 million accounts. The data was discussed at an event hosted by the Credit Bureau Cambodia (CBC) and Cambodia Microfinance Association (CMA) yesterday.

HE Chea Serey CBC Chairwomen outlined that after two decades of around 7% year-on-year economic growth the economy has now drastically fallen to -3.1% last year and only around 1 – 2% this year.

In response, she stated lenders must provide access to credit and play a vital role to ensure liquidity is available to the economy adding that nearly 400,000 loans valued at 5.5 billion had been restructured across both banking and microfinance sectors.

She added digital adoption has also rapidly increased with a 250% increase in e-commerce transactions and a 350% rise in value since the start of the pandemic. “Every challenge opens an opportunity with data and analytics becoming the base of decision making”.

Woori Cambodia ready for the transition to a commercial bank

New provisions for restructured loans in 2022

CBC to improve responsible lending by expanding coverage of its reporting...

Grant Thornton Cambodia continues to ‘Go Beyond’ after celebrating 10 years...

Cambodia Investment Review is a first of its kind local news outlet dedicated to Cambodian investment news in the English language.

CIR is focused on encouraging more quality investment in Cambodia by publishing the latest business and investment news to both local and international audiences.

CIR can offer both advertisement and content partnership packages to selected businesses.

To discuss a possible partnership please contact our team directly.