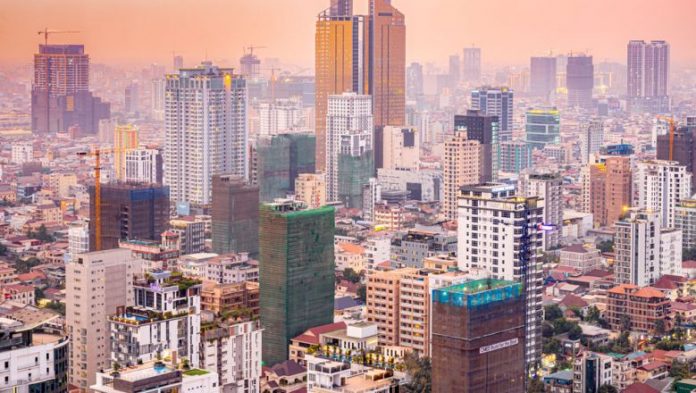 Cambodia is slowly recovering from the economic shock of Covid-19, but the lasting impact on household welfare and uncertainty in the financial sector is holding the country back, according to an upcoming ADB report set to be released in March

ADB experts discussed the key findings of its Southeast Asia Covid-19 Country Assessment Report finding that despite some positive indicators, Cambodia’s GDP has likely suffered permanent damage due to Covid-19.

Among other issues, the rise in poverty is a stark reminder of Covid-19’s lasting and widespread impact on the nation.

The government’s latest statistics showed that 17.8 percent of the population lived below the poverty line from 2019 to 2020. The poverty rate for Phnom Penh was 4.2 percent and rose to 22.8 percent in rural areas.

The international norm used for the extreme poverty line is $1.90. Using this metric, ADB estimated that the number of those living in extreme poverty in Southeast Asia rose by 5.3 million, or 40 percent, in 2020. He said another 4.7 million people were expected to have fallen into extreme poverty in the region in 2020.

ADB Country Economist for Indonesia James Villafuerte said: “Before Covid-19, Cambodia had to contend with economic imbalances comprised of a heavy concentration of economic output in terms of construction and real estate, the stagnation of the agricultural sector, and rapid credit growth,” he said.

However, there are encouraging signs for the future.

“Fortunately there are still some bright spots for Cambodia, including the rapid growth of non-garment manufacturing exports and the large improvement in agriculture exports and agriculture processing,” he said.

The ADB panel agreed that recently signed free trade agreements could help grow the agricultural sector and upgrade its value chain on the back of increased investment and market access.

Chinese investments have poured in to help upgrade the sector, and the recently implemented Regional Comprehensive Economic Partnership FTA – the largest FTA in the world – will open the sector to preferential arrangements with countries participating in the pact.

Development agencies such as GIZ also play a role in supporting the sector with capacity-building programs aimed at increasing sustainable output and improving farmer livelihoods.

Cambodia’s successful vaccination drive was another bright spot, according to the ADB panel, but even with the opening of the country’s borders, tourism and hospitality will face a potentially slow, uneven recovery.

Villafuerte said: “In terms of Covid-19 response, Cambodia’s vaccination of its population has been outstanding, far exceeding the performance of other countries with similar populations and income levels. This has allowed Cambodia to open up. However, despite this strong performance, the pandemic has also severely impacted Cambodia’s economy, in particular the tourism and hospitality sectors. “

“We’re confident tourism will recover at some point. It has proven to be very resilient over the past crises… But until the Covid pandemic can be better-controlled and we can reduce these cumbersome travel restrictions, it’s really going to continue to be challenging for international tourism,” Schipani said.

Schipani added that when tourism does return, it will be harder to attract tourists.

“When economies do open, tourism is going to be even more competitive than it ever was. The whole world is really going to be competing for those international tourists that are starting to travel and spend a little bit more,” he said.

Cambodia reopened to international tourism on November 15 last year, and though hopes are high for a return of tourism, the industry is still subdued while Covid variants continue to crop up and traveling difficulties continue to keep potential tourists at home.

On the financial front, the ADB report suggested limitations on loan forbearance measures and loan restructuring while maintaining lending and encouraging the growth of a stable capital market.

Cambodia Investment Review previously reported the National Bank of Cambodia will continue allowing financial institutions to restructure loans until June 30 this year – but will now classify them as non-performing after multiple restructures.

According to the World Bank Group’s Cambodia Economic Update released last December, government spending needs to be re-considered to maintain its fiscal space.

“To avoid depletion of government deposits, fiscal support (monetary assistance under loan restructuring measures) to the industries that have already recovered (or show no signs of recovering due to underlying structural demand issues) may be reconsidered… government deposits already declined by a quarter to 17.6 percent of GDP by September 2021,” the report said.

In addition, the report said confidence in the banking sector must be strengthened, and a more tentative stance for providing loans against property could help.

The report added: “It is crucial to continue to improve confidence in the banking system as deposits remained the dominant source (67 percent in 2020) of funds for banks. Looking ahead, the central bank is committed to staying vigilant and standing ready to introduce appropriate supportive measures.

In the post-Covid-19 period, the withdrawal of any policy supports should be well communicated and on a gradual basis to achieve a balance between growth and stability.”