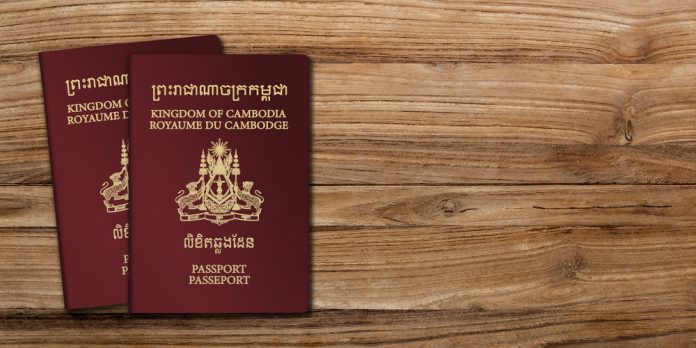 How does Cambodian citizenship by investment work?

The standard way to obtain Cambodian citizenship is to have at least one Khmer parent (regardless of if you are born in Cambodia).

The second route is through naturalisation. Naturalisation takes seven years, or three if you are married to a Cambodian, with both options requiring you to be able to speak and write in Khmer, as well as pass a local history test.

Of course the fastest of routes is becoming a Cambodian through a cash investment – also known as honorary citizenship. In this instance there are theoretically two routes to a Cambodian passport.

One of the most attractive elements – from an investment point of view – is a foreigner will be able to own land and property in their own name. They will also become eligible to apply for government concessions and licenses that are only available to Cambodian nationals.

Technically a foreigner needs to invest at least 1.25 billion riels (around US$312,500)  to be eligible for citizenship though investment, although the following requirements must be met;

• Any foreigner who had received a letter of authorization for investment from the Cambodian Development Council (CDC) and who had implemented concretely an actual project, OR

As well as the meeting the following criteria;

Therefore it is about much more than a simple cash investment, with permission from the government being needed. Technically at least applicants must also be of good moral standing, as well as be able speak Khmer, although quite how stringent the later two are enforced is up for debate.

Foreign nationals may also acquire citizenship by donating 1 billion riels (about US$250,000) or more to the national budget. Again donating this amount does not guarantee you citizenship and there is no cap on the size of the donation. Those acquiring citizenship by donation should also technically be of good character and speak Khmer.

What is the value of Cambodian citizenship?

By global standards the Cambodian passport is considered rather weak, being the 88th most powerful passport in the world as of 2019 (for context it is tied with Turkmenistan and Equatorial Guinea). Therefore people do not usually seek citizenship in the Kingdom for the travel opportunities it provides.

Cambodia does though allow dual-citizenship, meaning wealthy investors can keep their previous nationality, as well as reap the benefits that being a Cambodian brings, principally the right to buy and sell land within the county.

Thus the citizenship by investment program has allegedly been utilised by some of the biggest players and land owners with the Cambodian real-estate sector. Although it is also something that owners tend not to advertise too loudly either.

Honorary citizenship’s have also been granted to people such as Angelina Jolie, although this is done on a merit basis separate from any investment in the country.

How expensive is the Cambodian program by global standards?

At just over $300,000 buying Cambodian citizenship is actually relatively cheap by global standards, with citizenship in EU destinations such as Cyprus, or Malta costing   between $1-2 million dollars.

On the lower end of the spectrum though places such as Dominica in the Caribbean and Vanuatu in the Pacific offer citizenship for as little as $100,000 according to the Offshore Protection website.

This puts Cambodian citizenship at a similar cost to a number of Caribbean nations such as St Lucia and St Kitts and Nevis, although without the tax-free status that both jurisdictions offer to potential citizens.