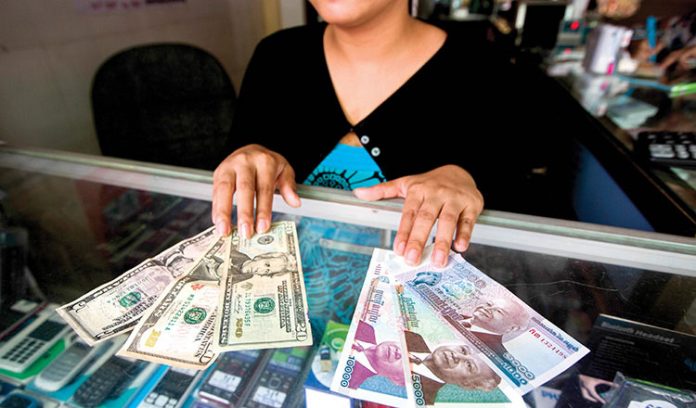 The General Department Of Taxation (GDT) has begun implementing its own US dollar to Khmer riel exchange rate requiring all registered businesses to use the new above market rate for taxation purposes.

A directive was issued that from June 1, 2022, the new GDT exchange will take over the previous official rate based on the National Bank of Cambodia which be found on the department’s website and official telegram channel.

According to a KPMG statement before the instruction, taxpayers were able to apply the average exchange issued by the National Bank of Cambodia for their monthly and annual tax declaration.

Under this new guidance, taxpayers are to apply the GDT’s official exchange rate issued on the last day of the month or the year in computing their monthly or annual tax declaration. To read more about the new requirements click here.

Speaking to Cambodia Investment Review Mr. Chum Socheat, Co-Chairman of EuroCham Cambodia Tax Committee and Tax Manager at R&T Sok & Heng Law Office explained the different units of the RGC shall use a uniform exchange rate for KHR as it shows the consolidated effort of the government.

“However, I understand that the exchange rate used by the GDT is closer to the general exchange rate on the market. Personally, I do not think it is a positive move as it may somehow complicate accounting records as the NBC exchange rate is normally used to translate a company’s financial statements from USD to KHR,” he said.

“As a result, balance sheets and income statements in the annual income tax returns provided to the GDT may be slightly different from the internal annual financial statements of any given company,” he added.

The government has already collected $1.726 billion in tax income in the January-May period this year, a 27.95% increase as compared to the same period last year, according to an official statement.

Cambodia’s taxpayers to revert back to NBC exchange rate after GDT...

Fighting the illicit alcohol trade in Cambodia and ASEAN