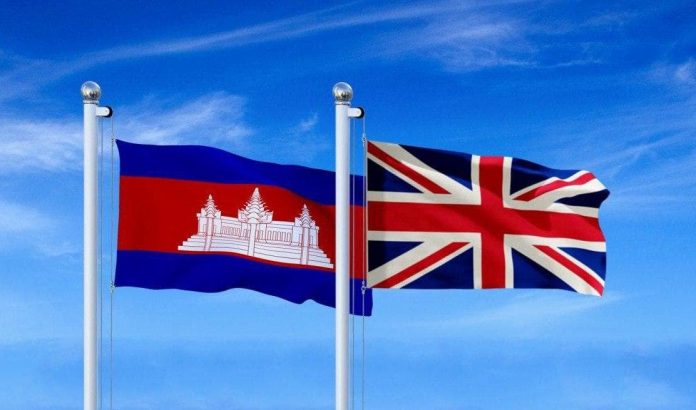 Cambodia – UK trade preferences  will have a three-year grace period under its Generalised System of Preference when the country graduates from the UN’s Least Developed Country status.

GSP allows Cambodia quota-free access and nil rates of import duty on all goods other than arms and ammunitions into the country. The commitment was made as Cambodia, Bangladesh, Laos, and Nepal were involved in a workshop last week co-organized by the World Trade Organization and other trade organizations.

“Once a country graduates from the UN List of LDC (which takes around five to six years) there will be a three-year graduation period before moving to a new framework such as the UK GSP General Framework,” Deputy Head of Mission Marc Thayre told Cambodia Investment Review. “The key part is that graduating takes time and there isn’t a cliff edge for Cambodian exporters to the UK.”

Secretary of State at the Ministry of Commerce Pich Rithi has outlined the importance of the garment sector in boosting Cambodia’s economic growth, advantages of the GSP for Cambodia’s export, and challenges of LDC graduation.

“Cambodia had a policy and strategy to strengthen its competitiveness and readiness for LDC graduation such as diversification of export markets through bilateral and multilateral free trade agreements, boosting support from development partners, and creation of trade policy and strategy,” Rithy said.

Local manufacturing and agricultural exports rely heavily on the benefits awarded to Cambodia under its GSP which was introduced last year after the UK and European Union split.

It had been reported that Cambodia and the UK were in negotiation over a bilateral trade agreement but British Ambassador Tina Redshaw told Cambodia Investment Review that no such meetings had taken place. UK benefits have been kept despite the European Union withdrawing trade benefits in 2020 – citing human rights concerns.