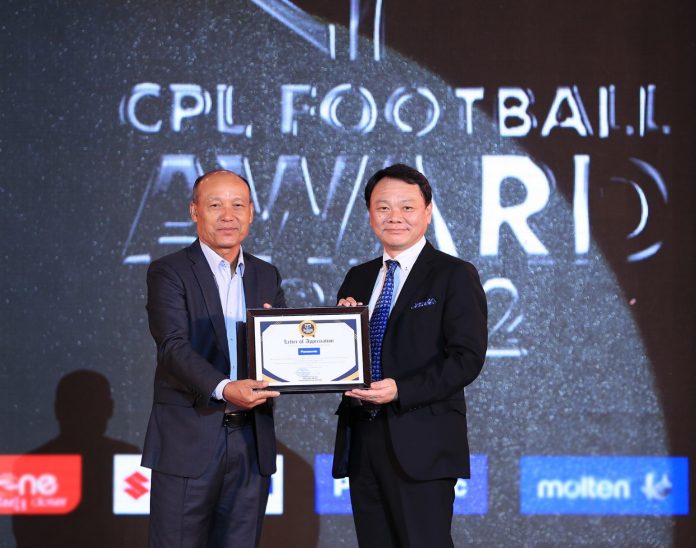 Panasonic Cambodia is continuing as a major sponsor for the Kingdom’s flagship Cambodian Premier League (CPL) football competition by awarding its market-leading electronics to the valuable players of the match with the objective of creating a brand association with the local football community.

The Cambodian Premier League (CPL), starting with the 2022 season is contested by 8 clubs. It is Cambodia’s highest professional football division and operates on a system of promotion and relegation.

Panasonic is committed to the development of Football segment in Cambodia

Mr. Yasunobu Matsumoto, CEO/Country Head of Panasonic Cambodia said, that the company is proud to be associated with Cambodia’s flagship football competition and assist in the further development of the Country’s football sports segment in Cambodia. “Part of the reason we have sponsored the main football competition in Cambodia is to help support the country in developing young players through motivating, coaching, and sponsorship,” Mr. Matsumoto said.

“This is also something the wider Japanese business community in Cambodia is also heavily involved with and Panasonic is committed to globally,” he added.

Mr. Saito Satoshi, CEO of the Cambodian Premier League, said Panasonic presents its products, such as microwaves to the Most Valuable Player (MVP) of every match. “MVP players awarded the microwave seem to be pleased with it, some players are even striving to become MVP just so they can have their microwave,” Mr. Saito said.  He added that Cambodia’s population is mainly comprised of young people with 70 percent aged in their 30s and under.

The company’s flagship nanoeX technology will prevent sports personnel and staff from being exposed to harmful viruses and bacteria and deodorize the player’s rooms.

The Panasonic Group had the highest level of sponsorship for Olympic and Paralympic Games through the Olympic Games Paris in 2024 and was also a sponsor of both the Paralympic and Olympic games that were recently held in Tokyo.