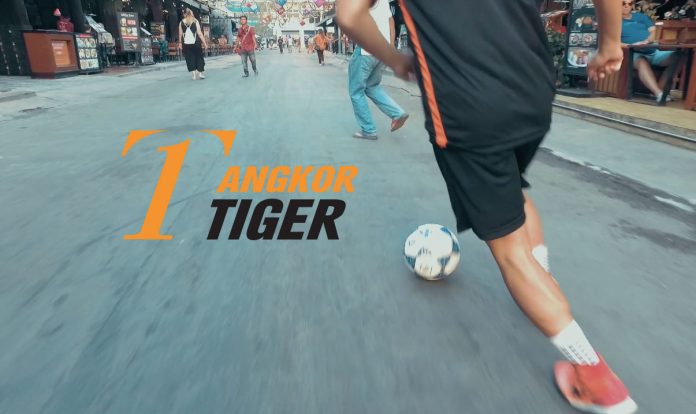 Siem Reap based Cambodian Premier League football club Angkor Tiger has teamed up with Singapore-based, GameFi platform Digital Entertainment Asset (DEA) as part of their “Play-to-Earn” program. This makes them the first club in Cambodia to do so.

As per the cooperation, Angkor Tiger FC will engage in the DEA’s Play-to-Earn ecosystem as a “gaming guild”. This means that the club will use the investment funds of the team’s sponsors to acquire non-fungible tokens (NFT’s) of digital assets and in-game products for DEA’s “PlayMining” game platform.

While playing games for money obviously comes with some controversy in regards to people “gaming” rather than doing traditional work, it is a an industry that is fast-growing, particularly the multi-billion dollar e-sports market, which Cambodia Investment Review recently reported on.

Regardless of the controversy, the club has stated that they have teamed up with DEA to provide economic opportunities by making use of DEA’s wide variety of play-to-earn games. These opportunities would help Cambodia in general, but also Siem Reap specifically, which has been particularly hard-hit by the pandemic.

Speaking exclusively to Cambodia Investment Review Angkor Tiger owner Akihiro Kato said “This is part of GameFi where the players earn from the game. To do this they need Game Amulets (NFTs), which are too expensive for most gamers, costing upwards of $2000. What the club does is purchase the NFTs and then loan them to the players. From there profits are then shared between the club and the players”.

Akihito sees a lot of potential in the scheme, estimating that it could employ up to 100 people locally by the end of the year, with players earning as much as $80 per month from just 30 minutes of game time per day.

“Currently we are recruiting players from our academy as well as the Tiger Army (supporters club), but we fully expect this to grow to employ gamers throughout Siem Reap”.

Quite how profitable it will be for participants and the club itself is yet to be seen, particularly in a market that has garnered much controversy, but it is certainly one of the more innovative schemes currently being employed in Cambodian football.

NFT’s or non-fungible tokens are non-interchangeable units of data stored on a blockchain, a form of digital ledger, that can be sold and traded. These can be associated with digital files, such as photos, videos and audio.

NFT’s have not been without their controversy, with allegations of everything from money laundering to Ponzi schemes, but they have also proved to be extremely profitable. A “statue”” of Lebron James recently sold for $21.6 million, while “The Merge by Pak” sold for $91.8 million in December of 2021, with almost 30,000 people pitching in for the work of art.

What are gaming guilds?

Gaming Guilds are essentially groups within the DEA gaming system that invest in the NFTs of the platform’s Play-to-Earn games. These guilds then earn money through organized play and are fast growing in popularity throughout southeast Asia, with earnings high enough for many to have gone “full-time”.

DEA Chief Executive Officer Naohito Yoshida, stated that the ‘PlayMining’ business models, which include Play-to-Earn and GameFi were a fusion of gaming and fintech, with the overall aim being to provide employment through gaming on a global level – all through playing games.

Sustainable SMEs in Cambodia face an uphill battle in scaling up

‘Program Mapping’ an effective tool for supporting start-ups in Cambodia

CamSEED paving the way for paid internships in Cambodia