Investing for a purpose in Cambodia: Sevea and Boost Capital 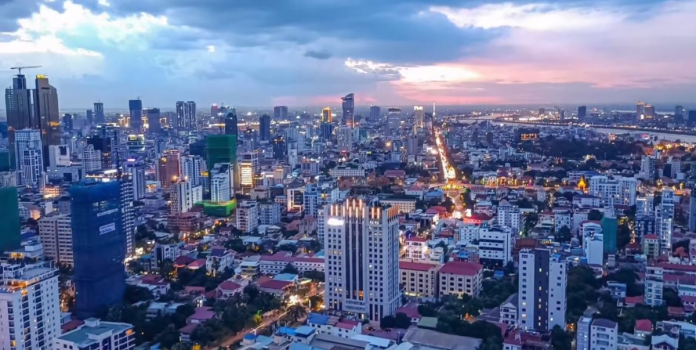 Impact investment, or investing for social and environmental impact as well as profit, can take many different shapes and in Cambodia, the conditions appear to be just right for this type of investment to take off.

First, there is ample opportunity in several sectors to promote social and environmental wellbeing.

In the agriculture sector, investment is needed to upgrade equipment and provide sustainable solutions that can improve farmers’ livelihoods. In the finance sector, impact investments can help provide loans to those who need them most.

A recent success story, Okra Solar was able to use its proprietary solar power hardware and software technologies to connect remote villages in Cambodia to the grid.

The green energy company was able to scale thanks to funding from the Private Financing Advisory Network (PFAN).

PFAN was initiated by the United Nations Framework Convention on Climate Change (UNFCCC) and the Climate Technology Initiative (CTI) in 2006 and aims to connect investors to high-impact climate and green energy projects in developing markets.

Cécile Dahomé is the Country Coordinator of PFAN with the support of Sevea.

In 2021, the Ministry of Mines and Energy partnered with the UNDP and the Electricite du Cambodge to use Okra’s hardware and software to connect Steung Chrov, Ta Daok and Prek Spean villages in Kampong Chhnang province to the grid.

Since Cécile Dahomé became the Country Coordinator of PFAN in 2015, it has helped raise $3.9 million and support 15 projects in Cambodia. The funds typically come from equity or debt investments from impact investors, venture capitalists, traditional investors, and banks.

After a slow 2021 due to the pandemic, Sevea and PFAN are hoping to re-establish its network and find more projects to fund.

Guillaume Requin, head of the SMEs and finance department at Sevea, said: “The first characteristic is it must be a project contributing to sustainable development. Our areas right now are access to energy, access to water, better water quality, and sustainable agriculture.”

Cécile Dahomé the Co-founder and Executive Director of Sevea, said women-led enterprises will be prioritized to help promote women’s roles in energy, engineering, and agriculture.

Besides being the matchmaker for investors and startups, Sevea provides crucial expertise in preparing these companies to approach investors.

Dahomé said: “One direct benefit is we make them investment-ready. Most of them at the beginning are oriented towards marketing strategies and everything else, they are not ready to pitch on financials for investors. It does not mean that they cannot be funded.”

With the support of PFAN, Ms Dahome and Sevea’s team assist companies in compiling financial reports and building business plans to present to potential investors found through the PFAN network.

PFAN is currently soliciting applications for projects requesting $1 million or more over three to five years on their website.

Impact investments are making a difference on a much smaller scale too. Boost Capital, for example, provides collateralized and uncollateralized loans from $500 to $3,000 to small businesses and entrepreneurs.

Lucinda Revell, Boost Capital’s co-founder, said the company is a tech provider in the finance sector that partners with banks to allow them to digitally onboard clients without the need for an in-person consultation.

These uncollateralized loans are a key component of the program, as most MFIs in the country do not offer unsecured loans to small businesses or entrepreneurs.

“The fact that small businesses aren’t required to provide collateral is a game-changer for the sector,” she said.

Instead of relying on financial records, Boost conducts remote interviews with clients to get a full picture of their finances and electronically processes all identification documents.

Pop star and social media expert Sophia Chow recently took over Boost’s Facebook page for International Women’s Day and offered tips and advice for marketing businesses through social media channels. A free class by Chow is offered through the page and participants receive a certificate of study once they complete it.

Lending to female entrepreneurs is a key strategy for the company, and 75 percent of its loans have been disbursed to female-led enterprises. In addition, 30 percent of customers are first-time borrowers, while 45 percent have a limited credit history.

Revell said during the pandemic, factory workers were forced to find alternative sources of revenue, leading to an explosion of online businesses. Access to finance is one of the key problems for many of these new entrepreneurs.

A grocery store operator named Pheakdey is a recent recipient of one of these loans, and she used it to increase her stock.

She said in a testimonial: “I used this loan to buy more stock and a lot of new products for my grocery store. For example, I didn’t have rice to sell before, but now I’ve partnered with a good rice distributor.”

The interest rate on the loans provided by Boost loans is 1.4 percent per month, (the market-capped rate is 1.5 percent a month set by the central bank). This is made possible because of the money saved from using human resources to process loan applications and vet applicants, Revell said.

In the future, Revell said she wants to take the model even further. For example, if a street vendor without financial records or a business plan wants to upgrade their equipment or buy more stock, she’d like Boost to be able to provide them with a loan.

Boost would look into things like where they sell their goods, roughly how much inventory they sell, and what their basic plan is for funding. This would provide access to formal finance to a large sector of the population that has historically been underserved.

Revell said the entire sector should be shifting to digital loans quicker and banks that don’t make the switch will likely fall be the wayside.

Boost is backed by investors such as Insitor Impact Asia Fund, an impact investment fund that receives funding from institutions such as the CDC Group, the development finance institution of the United Kingdom.

The group’s chairman, Greg Blackwood, said impact investing engenders “happy business” where everyone along the line benefits, from the entrepreneur to the investors behind Genuine Interest.

His goal, he said, is to promote circular lending practices. Unlike charity, where donations vanish once they’re given, impact investing allows him to re-invest his profits, providing a more sustainable form of assistance.

“Everybody wins. Nobody’s doing anything for free. It’s all business, but its happy business, and whenever you have happy business like this, the GDP of the country that you’re working with rises. The local area income rises and when that entrepreneur has more disposable income, it’s proven through many studies that they will spend that income in their local community,” he said.

Impact investments on the rise in Cambodia

Cambodia should continue to draw impact investments in the future, as its dollarized economy provides lower-risk investments than developing countries that may have volatile exchange rates. The fairly stable political and business environment also make Cambodia an attractive destination, Blackwood said.

According to the latest data from the Global Impact Investing Network (GIIN), $11.3 billion of impact capital was released in Southeast Asia between 2007 and 2016 via 449 deals. From 2017 to 2019, 298 impact investment deals were recorded in the region, totaling $6.7 billion.

As reflected in the gender-based initiatives of Sevea and Boost Capital, gender-lens investing (GLI) has also increased sharply in the region over the past three years.

The leading sectors for GLI investments were financial services and agriculture.