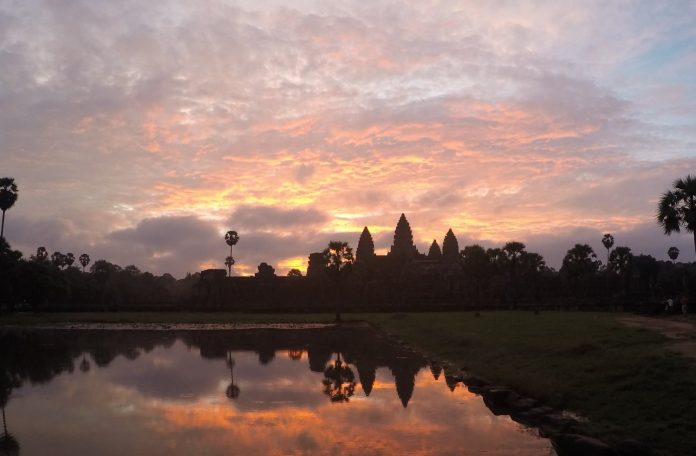 When it comes to retiring in Cambodia the nation ranks as one of the best places in not only Asia, but in the world to retire in. What is it though that makes Cambodia such a desirable location and how do you go about investing in your retirement needs?

According to International Living’s Annual Global Retirement Index, Cambodia was named as the 12th best place in the world to retire, as well as the best in both ASEAN and Asia.

The nation also makes many other prestigious lists, with the two main factors being cost of living and ease for visa for retirees within the Kingdom.

Retiring in Cambodia – Cost of living

Renting property in Cambodia is extremely cheap, with it being possible to get a western-style apartment in the capital city from as little as $300 per month, at times less since the start of the pandemic.

For those on a better budget moving from $500+ and you get to start looking at serviced apartments with pools and from $1000+ truly deluxe accommodation. This is in Phnom Penh, with rents in other cities, such as Siem Reap and Kampot tending to be much cheaper. Sihanoukville is the exception to this rule.

Foreigners are also permitted to own condominiums in the country, although not land. Costs obviously vary greatly, but in Phnom Penh a studio can be gotten for as little as $60,000 in a decent neighborhood, again cheaper in tier-2 cities.

Rent in Cambodia is, on average, 62.39% lower than in United States according to Numbeo, a company that measures how much it costs to live in various nations.

When it comes to the general cost of living, alas we cannot go by the Big Mac Index, as there are no McDonalds in Cambodia, but again by using the same source and various metrics most things cost up to 50 percent less than in the United States in general.

Getting a Cambodia retirement visa

The second reason why retiring in Cambodia is so popular and indeed advocated by many sources is the ease of visas and doing business here. The retirement visa even has its own cost and category.

• You cannot be employed.

• You must be able to prove you are retired (with a pension or social security documentation) and have enough funds (bank or retirement fund statements).

People intending to require in Cambodia must first come on an E Visa (business), before transferring into an ER (retirement visa). Unlike other jurisdictions, there is no exact set amount for monthly earnings and even flexibility with regards to age.

Visa fees are also extremely reasonable in comparison with our countries, with a retirement visa costing on average $290 a year to renew.

What can and can’t you do on a Cambodian retirement visa?

With it being a retirement visa you are not technically allowed to work, although of course, some do in fields such as teaching and the like. If you want to work then you should have an E, rather than an ER visa.

For all the intents though you are very much treated as a resident of the country, with the ability to open a bank account, buy a property and be a partner in and, or open a company.

You are though free and easy to travel as you wish, with there being no stipulations on how much time you need to spend in the country to retain residency. Pre-Covid this made Cambodia particularly attractive with regards to ease and cheapness of travel throughout ASEAN and beyond.

One key factor for many retirees is cost, availability and quality of healthcare. In this respect, the Kingdom ticks several boxes, but also loses points in certain areas. At best healthcare in Cambodia could be described as a mixed bag of tricks.

On the positive side, the health insurance industry here is both competitive and robust, featuring both local and foreign players. Costs vary deepening on your age and health status, but fairly comprehensive plans run from about $50-120 per month.

The quality of hospitals and level of English varies greatly between regions, with Phnom Penh offering the most variety, although places such as Siem Reap that cater to western markets also being foreigner-friendly and Sihanoukville having a number of Chinese speaking institutions.

Medication is also extremely cheap in Cambodia, which includes many drugs that are by prescription only in other nations.

On the negative side, it should be remembered that Cambodia is still very much a developing country and for serious issues, many locals and foreigners alike still prefer to go to Thailand, Singapore, or home for treatment.

Where is the best place to retire in Cambodia?

Phnom Penh is the most popular place to retire for most foreigners, with its variety of culinary and entertainment options supplemented by it having the best healthcare in the country.

For western retirees, Siem Reap would be the next most popular destination, due to several factors, such as it also having a vibrant social scene, as well as the aforementioned medical facilities.

Siem Reap has also launched a number of property developments specifically aimed at the retiree market (link) and is now actively courting this particular demographic.

For those interested in investing in the country it might also be worth considering the citizenship by investment program (link to CIR), which is not only extremely cheap by global standards but also allows holders to buy and sell property and land.

While it is possible to move to lesser developers areas to retire, such as Koh Rong for example, infrastructure cannot be compared to developed areas.

And lastly, while Cambodia has certainly had a turbulent history the country is now at a level of growth, ability and safety unseen in recent memory.

This article is part of Cambodia Investment Review’s Explainer series. A simple guide to everything you need to know about business and investment in Cambodia.

Explainer: Cost of living in Cambodia

Explainer: Can foreigners own land in Cambodia?