Cambodia is making strides on the long road to low-carbon economic growth: Opinion 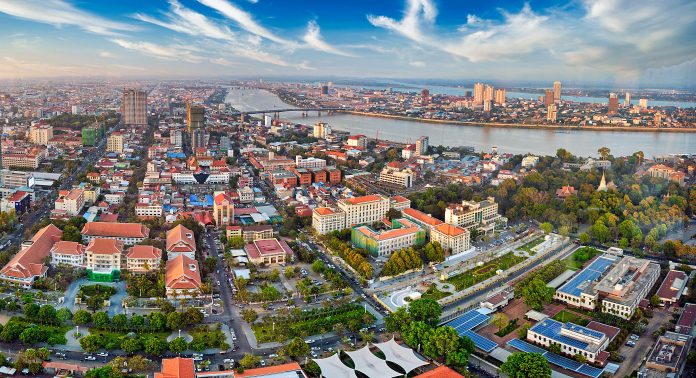 Although Cambodia currently contributes only 0.02% to global greenhouse gas emissions, it is highly vulnerable to the impacts of climate change. Cambodia will likely suffer from both increased flooding and severe droughts with associated impacts on food production, especially rice.

By 2030, loss of forestry and other land use will account for 49% of Cambodia’s annual greenhouse gas emissions followed by the energy sector (22%) and agriculture (17.5%).

Our research indicates that there are key actions that the government, and other sectors in Cambodia, should consider for helping the country move toward low carbon economic growth.

Low-carbon growth is no longer the responsibility solely of governments; consumers have to demand action—locally, regionally and globally. Regulators have to create incentives while the financial sector has to factor in climate risk costs into its financing and pricing decisions.

Several policies are being tested to reduce pollution and increase green and clean investments. If there is one thing most economists seem to agree on, it is that a cost to emitting carbon i.e. a carbon price, is one of the most visible means of incentivising emission reductions.

An emissions trading system, or a carbon market, is one way to determine such a cost. From 2016 to 2020, Cambodia sold $11.6 million worth of carbon credits from three locations: Keo Seima Wildlife Sanctuary, Southern Cardamom National Park and Tatai Wildlife Sanctuary.

The countries of the Greater Mekong Subregion grouping, which includes Cambodia and parts of the People’s Republic of China, have also considered developing a regional power market but carbon trading in this sector is more complicated.

Since coal production is the most carbon polluting fuel source in the region, unless there is a common approach to carbon pricing, there is a risk that coal generation will simply continue unabated  when there is no carbon price, thereby reducing the effectiveness of this policy instrument by creating a ‘leakage’ of emissions.

Another policy instrument to reduce emissions is a carbon tax, or a set price per ton of carbon emissions set by government. Regulation that requires companies to publicly disclose their environment and social impact to current and potential investors is yet another effective policy to incentivise firms to reduce their carbon footprint. These policy instruments should be considered by Cambodia.

A successful example is the 60 megawatt (MW) solar power project that was auctioned in 2019 and yielded a highly competitive supply price of $0.038 per kilowatt hour (kWh) – comparable to or lower than the kWh price of coal power, placing Cambodia solidly on the map for solar energy investments given its high irradiation levels. Other policies have been developed to promote energy efficiency, promote the circular economy and decarbonise industrial sectors.

It’s time to rethink coal power investments. Between 2011 and 2015 Cambodia’s electricity demand grew 18% per year, and in 2019 the country experienced a large power deficit, which sent it scrambling for sources of power, and in the process signing new coal deals. Cambodia now has at least four coal plants in the pipeline that would add 1.63 gigawatt of electricity by 2024, an amount more than double the 675 MW of current coal generation capacity in the country.

Since 2020 with COVID 19, power demand has dropped and in addition the cost of renewables has continued to come down. Barring contractual obligations of past coal deals, the cost effectiveness of Cambodia’s coal power investments should be seriously reconsidered, especially as more and more investors and manufacturers are shunning coal power, given climate goals and disclosure requirements on socially responsible investors.

While these coal investments may have appeared cost effective in the past relative to other technologies, they may not be in the future with an internalized cost of carbon. Gas generation has carbon emissions, but only about half of that of coal fired generation. Though Nuclear, hydro, wind and solar resources have zero or minimal GHG emissions (in hydo), hydro and nuclear face other challenges.

The higher operating costs for coal generation will eventually be passed through to consumers in the form of higher electricity rates, and or indirect taxes, potentially offsetting any gains that have been made in providing greater access to electricity.

To choose between emission reductions or affordable access to energy, is not a desirable decision for any government. To avoid it, governments should be considering the costs of generation from a full life cycle perspective and under the full range of carbon cost scenarios, financial and economic returns, and social benefits.

Taking these actions now may show that green investments including cleaner energy investments are not so expensive after all.