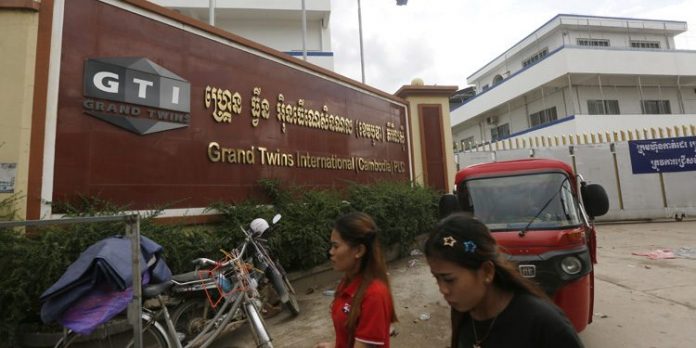 Taiwanese-owned GTI, Grand Twins International (Cambodia) – a major supplier of global clothes brand Adidas – has reported a loss of $991,000 falling 647% compared to Q2, 2020. It said cost of raw materials and packaging materials, labor costs and overheads, have significantly increased over the last three financial years from 2017 to 2019.

In 2008, GTI (Cambodia) (CSX:GTI) acquired QMI Industrial Co., Ltd, one of the first major garment manufacturers setting up operations in Cambodia since the 1990s. As of March 2021, GTI had 3,775 employees.

In the report, GTI referenced a GMAC report that stated Cambodia is struggling to compete with its neighbors due to low productivity, rising minimum wages and strikes by trade unions. Cambodia’s garment sector is the second least productive in the region, accounting for only 60% by comparison to China’s garment sector.

Our employees also receive non-leave bonuses of $5 in a week and transportation allowance of $7, and seniority from $2 to $11 based on the length of their employment.

GTI shares are currently trading at KHR 4,500 a share down from KHR 9,640 during the company’s IPO in 2014. According to official documents, the company’s substantial shareholders (=5%+) are GRAND TWINS INTERNATIONAL LTD (41%) and HOPE RIDGE LIMITED (9.6%).