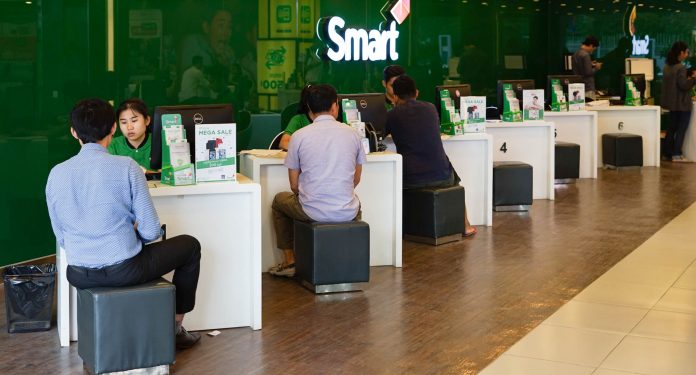 Telecommunications service provider, Smart Axiata, has blamed an employee for swapping a customer’s phone number to another person without approval after it was called out by the Ministry of Post and Telecommunications (MPTC) yesterday for failing to protect the rights and benefits of mobile phone service users.

In a statement released today the company said, the announcement made by MTPC relates to an isolated incident that occurred on May 29 this year involving an individual Smart subscriber’s number being transferred to a new owner without the rightful owner’s consent or agreement

An internal analysis of the processes and procedures in place was conducted by Smart Axiata and uncovered misconduct by an employee, who has now been suspended from duty and will be subject to disciplinary action.

Our internal procedures have since been further strengthened and additional measures introduced to ensure incidents such as this will not be repeated in the future.

Smart is fully dedicated and committed to our customers. We are extremely disappointed by the conduct of this individual employee in this isolated incident, and we will continue to focus on delivering the best possible service to our customers, remaining transparent in everything we do.

As per company policy and operating procedures, employees are not permitted to sell or transfer ownership of any active number to a new customer without the explicit consent and agreement of both the existing and new customer.

The MPTC had requested the company publicly apologize, compensate and return the phone number to the original owner adding that every person involved in the above case will be responsible for the rule of law.

The MPTC “aims to promote effective network infrastructure connectivity and accessible services of Post, Telecommunications, and ICT sectors across the Kingdom of Cambodia, the region and the world in order to contribute to socio-economic development and poverty reduction.”

According to the company’s 2019 Sustainability report in had contributed $459 million to the Kingdom’s national economy (1.7% of GDP) paying $94 million in taxes, levies and regulatory fees, with its tax payments alone representing 2.1 per cent of the total national tax income, adding that it supported nearly 50,000 jobs directly and indirectly across its value chain.

Cambodia has a total of six mobile phone operators selling a combined 20.4 million SIM cards as of last year.